Former Green Party co-leader Russel Norman will resign as an MP and from the Green Party to head Greenpeace New Zealand.

Dr Norman, who stepped down from the co-leader position in May and was replaced by James Shaw, will leave Parliament next month.

In November he will become Greenpeace New Zealand’s executive director, taking over from Bunny McDiarmid, who has been in the role for 10 years.

But the great news is he’ll be replaced by the next candidate on the Greens list, the amazing, staunch, lovely Marama Davidson.

I can only express my feelings via meme. 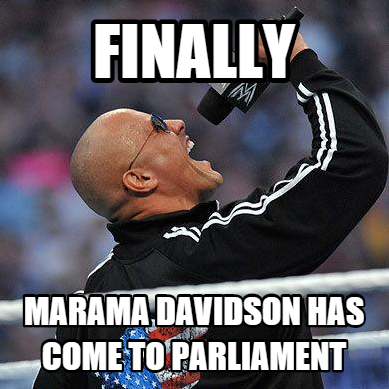